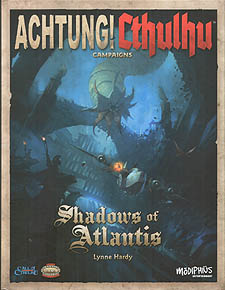 Memories of a Past Better Left Forgotten...

Discover the secret history of the earliest days of the war: a tale of murder, greed, and deceit, where forbidden knowledge is more highly prized than a man's life (or his sanity); the quest for an ancient artefact of immense power; the race against the occult forces of the German High Command and even against time itself...

Shadows of Atlantis adds a new dimension to the secret war, including:

In fact, a whole dossier's worth of useful historical and fantastical information to help you save the world from an ancient threat from beyond space and time.