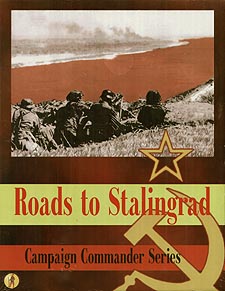 Summer 1942. After recovering from their first Russian winter, the German forces are ready to launch their final offensive in this war. The objective: the Caucasus oil fields. The Army Group South, reinforced by allied forces - Italian, Romanian and Hungarian - began the conquest of what remained of Ukraine and the Caucasus. The offensive unfolded as planned and the advance was spectacular, reaching the gates of Grozny itself. However, German efforts were dispersed when Hitler's Directive 45 ordered to take the city that would give name to the most infamous battle of the war: Stalingrad.

During the months from September to November 1942 the Red Army defended the city that carried the name of their leader, Stalin, with a hitherto unknown ferocity. German advance to the Caucasus stopped and all resources and troops were diverted to the bloody struggle for the city. However, the Soviet High Command (STAVKA) main objective was to attract the Germans to a deadly trap. The summer advance had forced them to over extend and, when winter came, the Soviet forces would launch a series of offensives that would trap the German 6th Army within Stalingrad and destroy most of the forces protecting its flanks.

The, until then, victorious German Army had to beat a hasty retreat, leaving behind those trapped within Stalingrad in order to avoid that the disaster affected the whole Axis forces in the south. Only on the intervention of Marshall Erich von Manstein and newly arrived reinforcements a counter attack could be launched and the front was stabilized by the end of February 1943. The campaign thus ended in a major defeat for the Axis arms. The Soviets launched successive offensives, in the process reaching the city of Kursk. The thaw brought an end to the operations until the following summer, but that is another story...

Play in just 3-4 hours this climactic campaign of World War 2. Conquer the Caucasus with the Axis forces or hold their summer offensive and launch a powerful counter attack at the head of the Soviet Red Army.

Manage your resources and attack wherever you may hurt most your opponent. You must seek victory by occupying key cities and destroying the armies of your enemy.