With 365 attendees this year it was a lively one, with plenty of new blood.

This years winners of the most reviews written 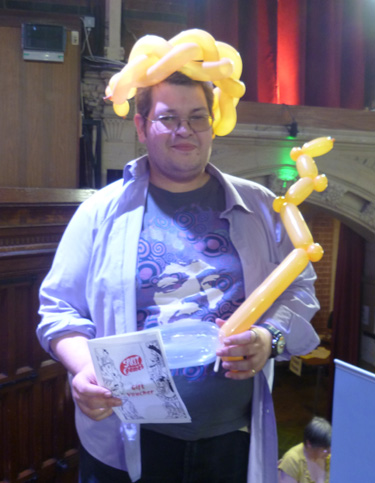 1st Prize went to Sam, collected on her behalf by her other half 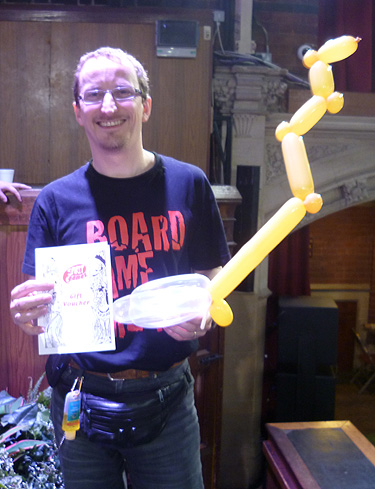 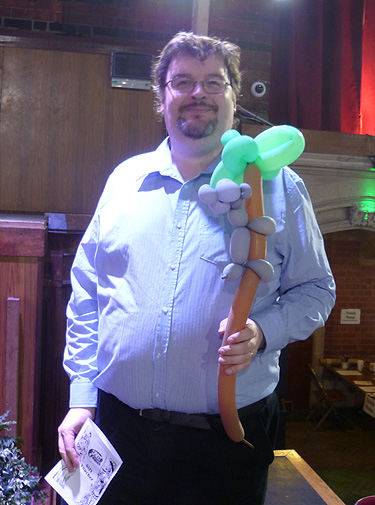 3rd Prize went to Clare Tomlinson, collected on her behalf by her other half.

We also had three new games being demoed this weekend. I had a great time playing Frankenstein's Bodies. Although the concept is similar to It's Alive, there is a lot more game in the box. You get to steal other people's body parts and master surgeons, without whom your own bits can be stolen and they are also useful in stopping stolen parts from being infected en route from the other labs. You are also trying to get bodies with cards of all the same colour and gender which add greatly to the victory points at the end.

I also had a game of Age of Soccer. It is slightly confused as to what type of game it is trying to be as it is basically a fairly neat battle game given a football theme, the teams your are playing are Romans, Spartans, Vikings, Zulus etc. and the cards have modern football graphics. The game itself was easy to learn, quick moving, with little downtime. Pick up cards, play training cards, then if you have enough attack points, play shoot cards to try and score while your opponents use their defence cards to try and stop you. The first to score twice against all comers is the winner.

Unfortunately we mistimed things and didn't get to play Librium at the show, but this was remedied by playing it down the pub a few days later with the customized B&P set kindly donated to us. It is a really rather good pub game in the Jenga/Topple mould, related to traditional beer mat games but designed to be both tricky and attractive as well as beer proof. It caught the attention of others in the pub, and I can see our copy being whisked out again before too long. 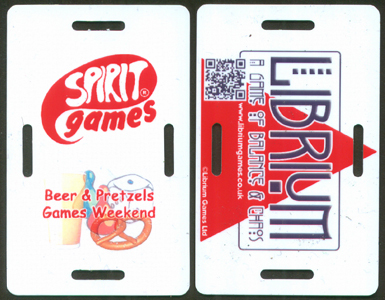 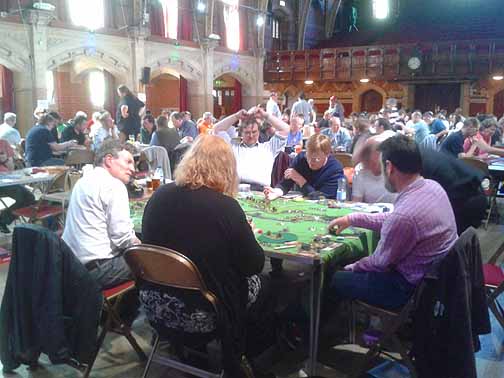 General picture from the main hall 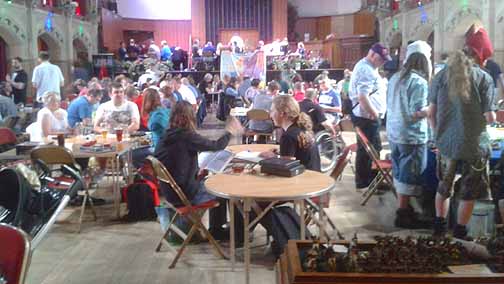 The main hall again from a different perspective 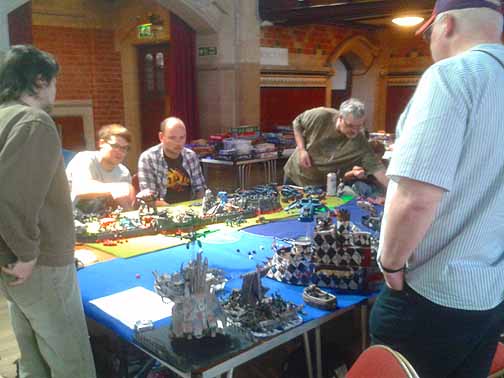 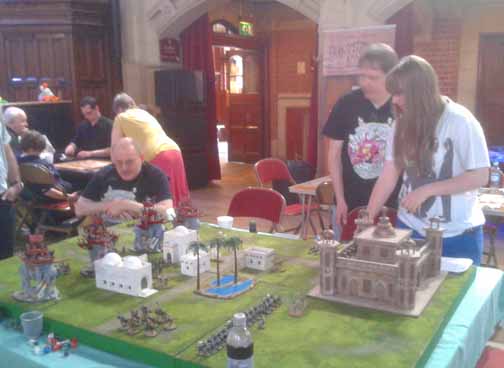 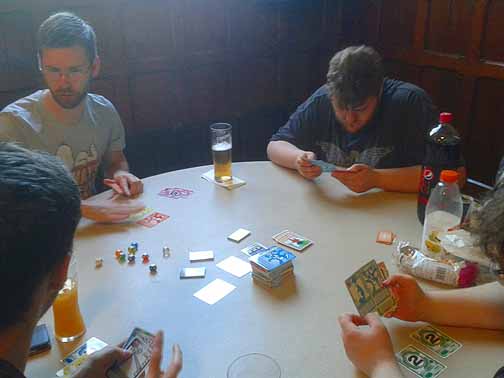 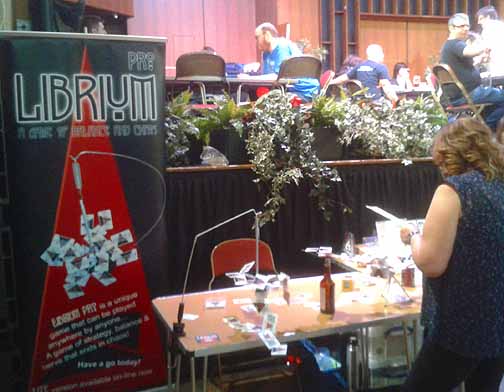 It was good to see Librium in the flesh. It's a pub type game rather out
of our usual realm, but found its natural home in the bar area, and a
copy or two will be lurking in the shop before long. 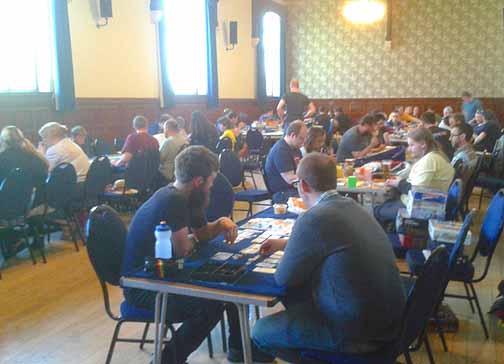 The Vtes tournament is gradually shrinking over the years, but we
needed the space for other games. 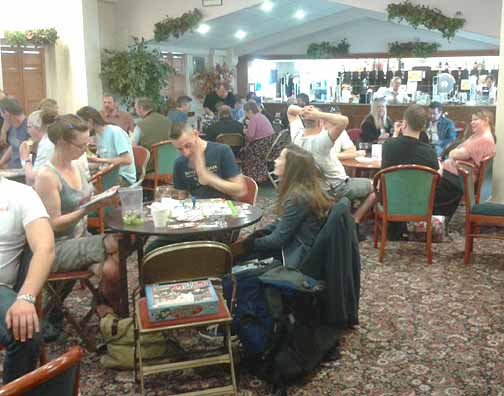 The Bar - eating, drinking, being merry and lots of games too.

Links to more pictures taken by Paul over the weekend